About The Baha’i Faith

The Bahá’í Faith is the youngest of the world’s independent religions. Bahá’ís live in 235 countries and territories throughout the world. They come from over 2100 ethnic, racial, and tribal groups and number some five million worldwide. Founded in Iran in 1844, the Bahá’í Faith was introduced to Canada in 1898. There are now some 30,000 Canadian Bahá’ís living in local communities spread throughout every province and territory. For more than a century, Bahá’ís in Canada and around the world have been working to eliminate prejudice of all kinds, contributing to a new model of global society that is characterized by unity and harmony, justice and peace.

Bahá’u’lláh, the Founder of the Bahá’í Faith, taught that there is one God Who progressively reveals His will to humanity. Each of the great religions brought by the Messengers of God – Moses, Krishna, Buddha, Zoroaster, Jesus, Muhammad – represents a successive stage in the spiritual development of civilization. Bahá’u’lláh (1817-1892), the most recent Messenger in this line, has brought teachings that address the moral and spiritual challenges of the modern world. Bahá’u’lláh’s message that humanity is a single race, and that the time has come to establish the unity of our global society, provides a powerful perspective that enables us to understand current history. 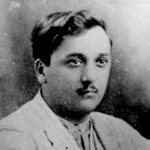 “It is not preaching any rules the world wants, but love and action.” Shoghi Effendi

God, Bahá’u’lláh said, has set in motion forces that are breaking down traditional barriers of race, class, creed, and nation and that will, in time, give birth to a universal civilization. The principal challenge facing the peoples of the earth is to accept the fact of their oneness and to assist the processes leading humanity to unity. Bahá’í principles include the oneness of humanity and the oneness of God and the belief that all the great religions of the world are divine in origin and one in their essential message of love. Bahá’í teachings encourage world-mindedness and promote the development of international institutions of world governance capable of managing the global challenges that confront humankind today. 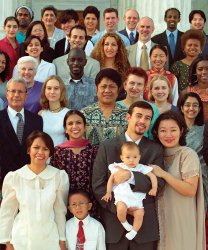 The central theme of Bahá’u’lláh’s message is that humanity is one single race and that the day has come for its unification in one global society. God, Bahá’u’lláh said, has set in motion historical forces that are breaking down traditional barriers of race, class, creed, and nation and that will, in time, give birth to a universal civilization. The principal challenge facing the peoples of the earth is to accept the fact of their oneness and to assist the processes of unification.

One of the purposes of the Bahá’í Faith is to help make this possible. A worldwide community of some five million Bahá’ís, representative of most of the nations, races and cultures on earth, is working to give Bahá’u’lláh’s teachings practical effect. Their experience will be a source of encouragement to all who share their vision of humanity as one global family and the earth as one homeland.

Read the entry for the Bahá’í Faith in the Canadian Encyclopedia. * Adapted from Bahá’í Topics, an information resource produced by the Bahá’í International Community.

The Bahá'ís of White Rock © 2017 All Rights Reserved. Website by Cloud9 Marketing